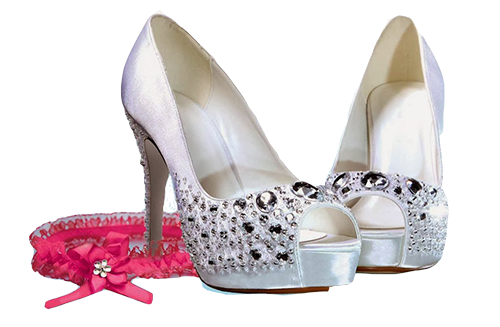 Two brides. One prize. Whose wedding will win?

Sizzling sex scenes and plenty of steamy encounters make for a very naughty but nice read! The Sun

Milly Gamble is an up-and-coming actress with the face of an angel - but looks can be deceiving. Calculating, selfish and fiercely ambitious, Milly knows that her wedding to Tarquin Ormond, the stunning lead singer of the biggest band of the moment, will snag her the publicity she craves.

Brianna Jade is an all-American pageant girl whose sweet good looks mirror her innocent charm. She is engaged to Edmund, an eligible Earl who needs an heiress to restore his crumbling stately home. But her gorgeous mother Tamra, a strong-willed, sexually adventurous cougar, is the wild card. Will she turn into a mother-of-the-bride-zilla?

It's the battle of the brides as both Milly and Brianna Jade prepare to love, honour and disobey. With the cover of the biggest bridal magazine in the country at stake, they will do anything to snag the coveted prize…"

Listen to Rebecca and Bernie Keith of the BBC have a saucy giggle and gossip about her latest bestseller, Bad Brides.

'Book of the Week: If you want sex and scandal, you won't go wrong with this gem.'

'Scandalous new page turner… this brilliantly-written novel is a must-read'.