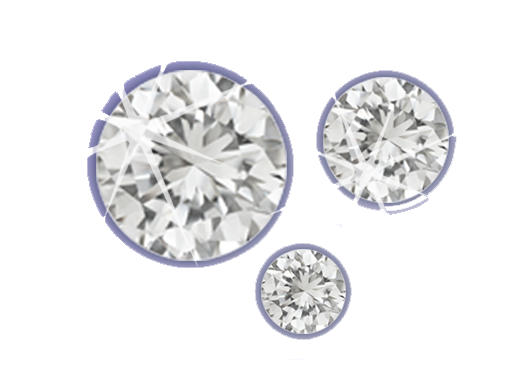 Another satisfyingly chunky rollercoaster of a read, stuffed full of family secrets, scandals, and lots of saucy sex scenes . . . I was totally gripped from the start Daily Mail

"Jeffrey Sachs was neither a politician nor a ruling monarch, but when he issued an urgent summons to his presence, you obeyed. You jumped up from your Michelin three-star restaurant table, off the cross-trainer, out of bed with your lover: you told your chauffeur to turn around your limo, your pilot to alter the route your private plane was currently taking, your assistant to charter a helicopter. Whether you were a media tycoon, a Saudi prince, a Russian oligarch or a Prime Minister, you came when he called.

And if you were an underling, working for one of the many companies he owned, as you rushed to your meeting with him you were in a cold sweat of fear, scrambling desperately to work out why you had been commanded to his presence. Because this unprecedented command meant that this meeting was bound to be life-changing. All you could do was pray as hard as possible that it would be positive.

The four employees who were converging on Jeffrey Sachs's mansion in Maida Vale for the appointed time of three in the afternoon were his ultimate underlings: his children. They had been trained from birth to anticipate what he wanted from them before he even voiced the words, four little Von Trapp children who didn't even need the whistle to get in line.

So when an Aston Martin DB11 bounced over the bridge that spanned the Regent's Canal, screeched around the corner of Warwick Avenue, hit the brakes, and reversed almost as fast into an achingly tight parking space, its driver was perfectly well aware that his other three siblings would already be sitting in their own cars, watching their phones tick the seconds away until a few minutes to three, at which point they would converge on the electric gates between two huge white colonnaded pillars set in the perfectly maintained hedge that ran around the mansion. The four of them had not convened previously to discuss why they thought their father had called this very unusual family meeting. Jeffrey Sachs had played the game of divide and conquer with his children so successfully that sibling solidarity was non-existent.

The driver of the vehicle directly behind the Aston Martin, a Jaguar SUV, leapt out and slammed the door furiously.

'You're practically up my exhaust pipe!' he shouted at the Aston Martin's driver. 'Do you know how much this cost?'

'God, Con, be cool,' drawled his brother Bart, sliding out of the seat of his sports car with snake-hipped ease. 'Don't be all… uncool.'

'You're a centimetre away from my bumper, you careless fuckwit! You nearly hit me!'

'But I didn't, did I? You know, years ago in St Moritz, I accidentally shunted this German chappie in a top of the range Audi,' Bart informed his brother, his tone relaxed as he recounted the anecdote. 'Not a big shunt, but I definitely shoved him through the snow a bit. I was terribly sorry, of course - jumped out and told him I'd pay for any damage. D'you know what he did?'

'I hope he called you a twat and punched you in the face!' his brother Conway snapped. 'I'm close to doing that myself!'

'He got out,' Bart continued cheerfully, not a whit intimidated, 'walked around his car and had a squint at the back of it. Then he looked at me - huge chappie, good head taller than me, they breed them really big in Deutschland - and said, completely stone-faced: 'Zis is not a problem. Zis is vot bumpers are for.' Never forgot that. You need to take that attitude yourself, Con. Bit of Germanic calm'd do you the world of good.'

Visibly struggling to control himself, his jaw muscles clenching as he ground his teeth, Conway turned away from his brother, dragging his keyfob from his jacket pocket to lock the SUV.

'You two! You never change, do you?' commented a woman's voice behind them, her high heels clicking onto the pavement as she swung both legs out of the back seat of her Range Rover, her knees pressed together as if she were an actress or a model surrounded by crouching paparazzi keen to direct their lenses up her skirt. She gave a nod of thanks to her driver, who had come around to open the door for her, and shook out her wonderfully thick mane of streaked blonde hair with a swift, practised move that settled her curls into the perfect shape into which they had been tonged by her hairdresser half an ago.

'Honestly,' Charlotte Sachs said dismissively to her brothers, 'you'll be in your nineties and still going at each other as if you were fighting about who gets to play with the Scalextric limited-edition Bentley, or whatever it was back then. When actually, we should all be worrying about why the hell Daddy's playing at, sending for all four of us on such short notice! He never does this!'

Unnoticed across the street, Jeffrey Sachs's other daughter, Bella, climbed out of her own car, a sensible Audi saloon which was quite overshadowed by the Aston Martin, the Jaguar SUV, and the Range Rover. Glancing over at Charlotte, Bella realised that her sister was clearly fresh from the Nicky Clarke salon on Carlos Place.

The way the two daughters had reacted to their father's summons, a call from his personal assistant which had come in a couple of hours ago, had been entirely typical of their respective characters. Bella had spent the time holed up in her office, frantically passing in review as many of her current and recent projects as she could, while Charlotte had rung up Nicky Clarke and insisted he shoehorn her in for an emergency appointment. To Bella's extreme frustration, Charlotte appeared not just perfectly groomed but superbly confident, much more prepared than her sister for a crucial, once in a lifetime meeting with their father.

Because Charlotte was carrying herself with the assurance of a woman who had enough sway for Nicky Clarke himself to do her hair on such short notice, and knew that the two hundred pound blowdry made her look like a million dollars. By contrast, Bella was the sturdy workhorse to her sister's show pony. Bella reached a hand up to hook her shoulder-length hair behind her ear, gloomily aware that the best she could hope for was that it be neat and tidy. Meanwhile, Bart exclaimed wistfully, quite ignoring the last part of Charlotte's comment:

'That Scalextric! God, I was obsessed with it for years!'

His eyes were misty with memory; for a moment he looked exactly like the small boy who had adored his race cars. In many ways, he still was that small boy, impulse-driven, greedy, and highly skilled at coaxing others to give him what he wanted.

'Remember my 1970s McLaren Formula Ones, Con?' he continued, oblivious to his brother's scowl. 'I practically took them to bed with me every night.'

It would have been instantly obvious to any observer that the four of them were siblings. The family resemblance was extremely strong. They were all blonde, and fair, colouring they inherited from their mother who, though American, had entirely German family origins. Christie had been a model for years, famous for her extraordinary cornflower-blue eyes; like hers, their irises were unusually large, which made their eyes seem almost otherworldly, flooded with intense colour

As children they had all been angelically flaxen, which had added to the unearthly impression. Bart's tousled locks, more like a surfer's than a businessman's, were still sunkissed, though their bright gold, like Charlotte's, owed more to art than to nature. Charlotte's exquisite layers of pale caramel to gilt were hand-painted every two months using a technique called balayage; Bella never seemed to have time for the colourist, and her hair was the exact shade that Charlotte's would have looked had she left it untouched, a soft light golden brown. Since Bella's husband preferred the natural look, however, she was perfectly fine leaving it as it was.

That decision, however, always weakened when she saw Charlotte again. It wasn't just the hair. Since the sisters were identical twins, Bella was the living example of how Charlotte would have looked had she never gone to the gym, hired a dietician and nutritionist, seen her personal trainer three times a week, taken Yogalates classes or had both a breast and a nose job. Even when the twins were small, Bella had felt that she was a distorting mirror version of Charlotte: plumper, dowdier, less toned, half a step behind, her demeanour anxious where Charlotte's was coolly confident.

As soon as they could toddle, Jeffrey had joked that he could tell that Charlotte had been born first. Charlotte was quicker-witted, with a tremendous need for attention and an instinct for grabbing the spotlight. As the girls grew up, Charlotte was the one with the innate sense of style, spending a great deal of time choosing her outfits every morning. Bella had swiftly given up any attempt to compete. Better to be different than a weaker copy of her five-minutes' older sister. At least this way she had her own identity, even if it meant being cast as the shy, retiring, quiet one.

So Bella was the overlooked child, the one who could be absent from a room without anyone noticing, the one who put her head down and got on with work. She was the only one of the four to take a first-class degree at university, though that was attributed by her father to her being a plodder, rather than having superior brainpower. Even now, she noticed, her siblings had formed into a triangle, albeit a grumpy one; Conway telling Bart to shut up about his bloody Formula One Scalextric cars, Charlotte mocking Bart's childishness, but none of them looking around for Bella, the least important, the second violin in the quartet.

She was used to it. But it never stopped hurting."