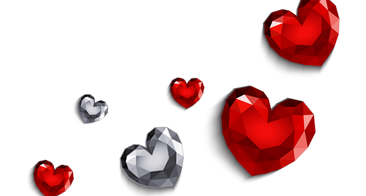 This gripping, easy-to-read romp would be perfect for a sun lounger, but be warned that it's stuffed full of sex and not suitable for prudes Daily Mail

"The young woman stopped just inside the entrance of the spa, waiting for her eyes to adjust. Her gaze was caught by the flames set into a black glass wall to her right. The image was like something from a dream, beautiful and hypnotic. No wonder it was placed in front of a row of white marble loungers, clearly the final resting place where spa visitors, having completed the circuit of all the steam rooms and pools and saunas and whirlpools that the huge floor could offer, arrived at last, worn out by sheer physical pleasure and ready to collapse happily, probably lulled into sleep by the sight of the flickering fire, the sound of the water jets bubbling in the pool beyond . . .

And there she was: the person the young woman had come to find. It was that easy. Her target was stretched out on the far lounger, her black hair flowing over the white towelling cushion, her eyes closed, her breath slow and even. The young woman looked round for a water dispenser, but spotted something even better at the far end of the gigantic space, beyond the space-age sauna: a huge, curved stack of flaked ice piled in a coppery bowl the size of a fountain, gradually replenished by more ice slowly dropping onto the sculpture from a slanted tube above.

Marching over as fast as she could in the hotel slippers, she dug both her hands into the ice, heaping her palms as full as possible. Then she stalked back to the lounger area. There were only a few other visitors to the spa, and they were all much too happily focused on their own relaxation to notice one young woman on the warpath.

Her target was asleep, or at least in a deep trance. The young woman stood over her, quite unaware of the cold biting into her palms, the ice dripping slowly to the marble floor as it started to melt. So many emotions were roiling inside her that she could not have said which one was uppermost. But as she lifted her hands and dumped their contents into the sleeping woman’s face, she felt a rush of wild savagery that was as hot as her palms were freezing.

The ice tumbled onto the woman’s eyes and nose and mouth, a series of brutal shocks: first the impact of the sharp slivered edges, then the cold burning into her skin. She shrieked in fear and panic, scrambling to sit up, not yet realizing what had happened. Her hands flew up to her cheeks, scrabbling frantically to push the ice away; she screamed again as she realized what had cascaded onto her face.

Just then, the main door of the spa swung open, and the manager entered, followed by a very excited Karen, whose head was turning back and forth as eagerly as a Labrador trying to spot a rabbit. They stopped dead at the sight of the woman on the lounger, her hands working on her face as if she were trying to fend off an invisible swarm of bees.

‘What the fuck?’ the woman blurted out, her eyes finally opening now that she knew it was safe to do so, that it was only water that had landed on her, nothing more dangerous; but her lashes were wet and heavy, her vision blurred, and she couldn’t make out the features of the woman standing over her.

She recognized the voice, though.