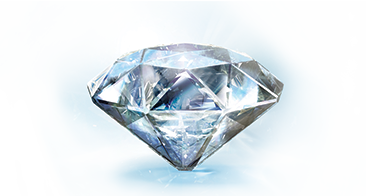 Sex, glamour, betrayal and murder – all the ingredients of a classic bonkbuster… featuring some extremely saucy sex scenes, this is irresistibly readable! Sunday Mirror

It was her own fault. She was forcing him to do this.

It was completely her own fault that he was about to murder her.

Even though she was sitting quite still, her hands folded in her lap, the four-carat diamonds in her ears were glittering, so large and impressive that they threw off prismatic shards of light with the slow rise and fall of her magnificent bosom. Her make-up was immaculate, her posture perfect. Vivienne Winter had been a film star since she was fourteen years old, and she was as used to being the cynosure of all eyes as a member of the royal family; she might be American, but her bearing was positively queenly. More diamonds glistened on her fingers, but as always, Vivienne’s eyes drew more attention than any of her jewels. Larger and more extraordinary than any precious gem, instantly recognizable by most people on the planet: those almond-shaped, violet eyes.

Vivienne was seventy-three years old now, but her mere presence was still capable of making grown men babble and stammer as if they were star-struck, love-smitten teenagers. The man kneeling in front of her, however, was the only one in the world guaranteed not to succumb to her charms: her grandson, Angel, whom Vivienne had brought up since she had forced his mother, her daughter Pearl, to hand over custody of her son when he was just seven years old.

Angel had fully inherited the Winter beauty. At seven, he had been a positive Little Lord Fauntleroy, all golden curls, porcelain skin, full red lips, and features as angelic as his name. But although he had grown into an equally beautiful man, at this moment he was almost unrecognizable as the gorgeous playboy who was a staple of the gossip columns. His nose had been broken just an hour ago in a violent attack and the wound had barely clotted; gobs of bright red blood were smeared over his cheeks, and bruising was starting to form. There were rips in his clothes, and his eyes, the same extraordinary amethyst colour as his grandmother’s, were wild above the smashed, gory mess that had until recently been a perfectly straight nose.

Angel’s face was so damaged that only his eyes expressed the frenzy of his emotions: they looked almost demented, the pupils dilated. Vivienne had been his last hope. Angel had just burst into her apartment high above Hyde Park, pursued by the police forces of two separate countries. Throwing himself on his grandmother’s mercy, Angel had begged her to save him. To his fury, Vivienne had remained reclining on the chaise longue in her boudoir, not even standing up to give him a hug, surveying him with a cool, wary gaze. And once he had blurted out the size and scale of the trouble he was in, she had categorically refused to throw him a lifeline.

Angel blamed his grandmother for absolutely every factor that had brought him to this crisis. Vivienne had callously snatched him from his doting mother, breaking her daughter’s heart, positively forcing Pearl into the drug addiction that had taken her life. Vivienne had neglected Pearl as a child, choosing her career and her love affairs over her daughter’s needs, and she had done exactly the same with her grandson. He was the product of her upbringing. If he had turned out spoilt, venal and selfish, so utterly self-obsessed that he was willing to commit murder in order to protect himself, surely – considered in the correct light – that was entirely Vivienne’s doing?

She had made Angel into what he was, and now she was refusing to take responsibility for having ruined his life. He had been simultaneously overindulged and overlooked, given no moral compass at all, taught to assume he could have anything he wanted. Now she had pulled the rug out from under his feet in one terrible swoop, abandoning him when he needed her help, literally, to survive. She was forcing him to choose between saving himself and her, and that was not even a choice at all.

Angel would make it quick. He would show more mercy than she was doing – condemning him to a slow, horrible death, rotting away in a third-world jail. But killing her was now his only option. If Vivienne dropped dead – if people assumed that an old woman had suffered a heart attack at the sight of her grandson storming into her apartment, his nose smashed, the police hard on his heels, an unbelievable story of theft and murder pouring from his lips – then he would be her heir. The promise of a vast inheritance would give him access to the most expensive lawyers available to fight the charges against him, block any extradition attempts, maybe even keep him out of jail completely . . . access that his grandmother had just refused to offer him, which meant that it was all her fault that he was forced to murder her now . . . all her bloody fault . . .

She’s making me do this.

It was those words that were ringing in his head as he leaned forward, grabbed one of the leopard velvet pillows from the chaise longue and, gritting his teeth, shoved it into his grandmother’s face and held it there with grim determination, pressing it down as she struggled frantically for breath.