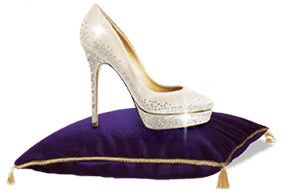 I give KILLER QUEENS five stars - massively enjoyed the book - and it’s perfect for all the royal celebrations we’re having!’ The Sun

The paparazzo’s cold fingers were slow to move on his Nikon. He had been waiting for nearly an hour in the freezing cold, pacing up and down, ducking behind the primitive hut that was the only possible place of concealment every time the cables of the chair lift started to whir, indicating that a skier was on their way up to the top of Jebel Attar. Twice he had been on standby, expecting to see Her step off the rickety, slow-moving lift with Her usual grace, and twice he had been disappointed. Both sets of arrivals had been locals, lean Moroccan-looking men who were clearly familiar with the pistes; they had wasted no time heading for the approach to Grande Combe, the bumpy descent known as a mogul field, for experienced skiers only.

Still, he would keep waiting. If there had been a Paparazzo’s Paparazzo award, a sculpture of a camera lens, whisky bottle and brimming ashtray, Nigel Slyme would have been consistently in the top three finalists. It was his life. He didn’t mind heat, cold, wading through waist-high water carrying his precious camera above his head, or spending fortunes on the latest telephoto lenses, as long as he snatched that precious shot of a British princess getting her toes sucked by her American lover as she reclined on a sun lounger, or an internationally famous pop star nipping out onto the private balcony of her five-star hotel suite for a furtive joint, topless and looking as rough as a badger’s brush after a hard night partying. The chase was everything. Once he’d captured the shot, sent it off to his agency, he felt nothing but a depressing comedown. He suspected his colleagues of sharing exactly the same sensations once they had filed; why else did they all smoke like chimneys and drink like fish?

The wife who had left Nigel years ago had been a shopping addict, silly mare. Went out and spent a fortune on things she didn’t need, then let the bags pile up around the flat, never even bothering to take out the contents and put them away. Once she’d gone on the hunt down Oxford Street and dropped the dosh, she couldn’t have cared less about her purchases. Looking back, though, Nigel understood his ex in a way he hadn’t when he’d been kicking those bags across the lounge and yelling at her about racking up the credit card bills. It was all in the anticipation. That was what made your blood run hotter, your heart beat faster, as you heard the cables singing overhead and wondered if this time, it would be Her arriving for Her early-morning ski.

Nigel’s ex-wife had said sourly, many times, that Nigel thought more about Her than he ever had about the then-Mrs Slyme, and she had been absolutely right: Nigel couldn’t deny it. His nerve-endings were tingling as he pulled off his gloves and blew on his hands to warm them up, slapping them together. He had to have bare fingers to operate the delicate focusing ring of the Nikon; minor frostbite would be nothing if he managed to get these photos.

He saw the long legs first, a second or two before the rest of Her body came into view, and his heart soared. It was the closest Nigel Slyme had ever been to falling in love. And if you had asked him if love, to him, meant hiding out to capture photographs of his obsession when She thought She was alone, take Her private moments and plaster them all over the tabloids, Nigel would honestly have been baffled at the question. She courted the press, didn’t She? Worked it like She was born to it. Posed like a pro. And he always made Her look gorgeous. Mind you, that wasn’t hard, was it, with that face and figure?

Besides, how would he have known that She was making a habit of sneaking up here to Jebel Attar to go skiing by herself at the crack of dawn, if he hadn’t been tipped off by someone in Her entourage? Oh, She was in it with him, every step of the way.

Nigel drew in his breath as he saw Her jump down lightly from the chair lift, the tight blue ski suit flattering Her lean body. On the crown of Her head were silver goggles, propped on top of the white cashmere pull-on hat which framed Her lightly tanned face. Her skin glowed, Her cheeks were flushed from the cold morning air thousands of feet above sea level, Her lips shiny with protective balm.

Nigel had been expecting Her to look exhilarated at the impending exercise, and the rare treat, for Her, of solitude in a public place. But Her expression, as She looked around the mountaintop, glancing at the faded old signs which barely did the job of indicating the pistes, was … thoughtful, he decided. Like She was making a big decision. And sad.

Like She knew what was coming, he would say afterwards to the myriad journalists who all wanted to talk to him, the last person to see Her on that fateful morning. It sounds mental, but that’s what it was like. She was beautiful and sad and sort of resigned. Like She really did know what was coming.

Of course, it wasn’t just Nigel’s words that conveyed how Princess Belinda had seemed at daybreak in the Atlas Mountains. Once Belinda had surveyed the small, snowy plateau, she didn’t glance again at the ramshackle hut. Nigel was able to inch up, place the lens of the Nikon on its roof, and start to shoot. The light, gusting wind covered any noise of the camera shutter as it clicked away, capturing every fleeting expression that passed across one of the best-known faces in the world. The long straight nose, the straight dark brows over the big hazel eyes, the Cupid’s bow lips which made her smile so entrancing; from the moment it had been clear that Prince Oliver, heir to the British throne, was seriously considering the young Lady Belinda Lindsey-Crofter as a potential bride, her Disney-princess smile had been flashed around the globe, creating such excitement that the world had held its breath waiting for the Prince to finally propose.

Her silky straight dark hair fanned out over her shoulders below the white pull-on hat, those strong athlete’s shoulders which, combined with her height and her lean hips, made her a perfect clotheshorse. Her small breasts rose and fell as she drew in a deep breath, staring over the stunning, snow-covered landscape below, the Piste des Mouflons, scattered with boulders and stone outcroppings that looked terrifying to Nigel. He found himself devoutly praying that Belinda wouldn’t choose that route, and sighed in relief as she turned towards where the earlier skiers had headed that morning, the Grande Combe.

It all happened so fast. She pulled down her goggles and pushed off, the swift, skilled strokes of her poles signifying her expertise at the sport; commentators had said that Belinda was gifted enough to have been picked for the British ski team, that Prince Oliver’s gain was a loss for the sport at an international level. She schussed off on a straight run down the start of the hill, flying along, her hair whipped by the wind, her posture perfect, barely using the poles at all. Nigel dashed out to the edge of the plateau, no longer needing to be concerned that she might become aware of his presence, switching for the telephoto shots to the Canon which also hung round his neck, capturing her as she sped down the piste, imagining with glee how much the agency would eat up this photo sequence of Belinda all alone in the expanse of white.

The ink was barely dry on her divorce from Prince Oliver. She was still Princess Belinda, but no longer Her Royal Highness, a small but crucial distinction. She shared custody of her son and daughter with Prince Oliver, and the children were with him at Sandringham now for the winter holidays as Belinda took her first getaway as a single woman, away from it all in one of the most obscure ski resorts in the world, high in the Atlas Mountains above Morocco. Only Nigel Slyme had tracked her down here, and the elation pumping through his veins was near-orgasmic as he frantically found an angle to snap the Princess as she shot away, heading for a stand of tall Spanish fir trees, covered in snow, disappearing from view for twenty seconds; he used the time to readjust the focus, preparing for her to emerge on the other side.

And there she came, flashing out from behind the last tree, her blue figure angled forward, poles tucked in, as she headed along the base of an overhanging ridge. It was the most stunning image: the slim blue shape bright against the white snow, dark firs behind her, the ridge rearing above her, piles of snow-covered boulders stacked dramatically along its slope.

It really did happen so fast.

From one second to the next, the world changed. Nigel didn’t know if he’d felt the shudder of the impact first, heard the dull roar, or saw the first boulders beginning to topple as the cliff exploded before his eyes. Only the instincts drilled into him by decades of his work kept his finger on the shutter; you kept shooting, no matter what happened, until someone hit you or put a gun to your head. So he captured everything, that split-second where the blue figure was still visible, still in its skier’s crouch, either unaware of the avalanche or trying desperately to outrun it; and then the moment where it disappeared forever, buried under the mass of boulders pouring down to cover the piste entirely, the entire ridge, shockingly, horrifyingly, disappearing in a single blast, as if blown up in a puff of smoke.

And there was smoke, in a way. A cloud of snow, obscuring the blue sky, hanging there for a long, suspended moment before drifting down to land on what had been a cliff and was now a flattened heap of rocks and stones, like a gigantic cairn that marked the final resting place of one of the most famous, beautiful, unhappy women in the world. The woman who had once been Her Royal Highness, Princess Belinda, before turning her back on the prospect of ever being Queen.

Nigel Slyme kept clicking on the shutter release, again and again and again, until finally it would no longer move; he had run out of film. Lowering the Canon, he stared blankly at the scene in front of him, the chaos left by the avalanche. The occasional stone was still falling, rolling slowly down the mountainside until it ran out of momentum and settled. The snow, too, had settled now, masking the ugly debris, softening its lines.

He would never see Her again.

Nigel’s face was icy cold and stingingly painful. It was only when he raised one frozen hand to his cheek that he realized that his skin was wet with icy tears.